1913 “White House” purchased from the Honorable E. M. Jackman to be operated by the Sisters of Mercy as a home for working girls

1921 The “White House” was renovated to serve as a hospital. Archbishop E.P. Roche laid plans for the improvement whish included sending a Sister of Mercy to Mercy Hospital in Pittsburg to train as a nurse

1939 New modern 100 bed building opened west of the “White House” on LeMarchant Road
St. Clare’s Mercy Hospital School of Nursing was opened with accommodations for the students in a duplex house next to the hospital

1950 Opening of a large chapel and additional facilities for pediatric, obstetric and dietary services
–   Our Lady of Lourdes window installed on chapel corridor in memory of Sister Mary Aloysius Rawlins who had been administrator of St. Clare’s for over twenty years.

1956 Board of Governors and Medical Advisory Committee established

1963 Planning begun for another extension of hospital. 1968 Recognition as teaching hospital affiliated with Memorial University

1979 First Palliative Care Unit east of Montreal opened. The unit was transferred to the Leonard A. Miller Centre in 2002

1984 St. Clare’s was selected as one of ten test sites for a national computerized information management project

2004 Sisters of Mercy donated a ceramic mural “For Mercy Has a Human Heart” placed in the front entrance. Artist – Gerald Squires 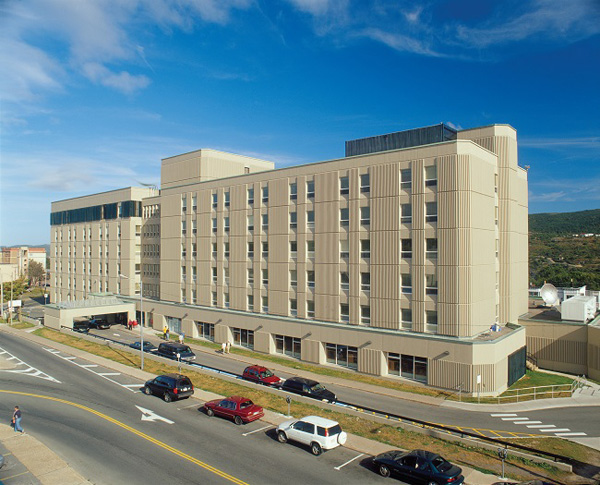