Newfoundland and Labrador Correctional Centre for Women: Teddies for Tragedies to Peru

Women at the Newfoundland and Labrador Correctional Centre are playing a role in making life a little brighter for children as far away as Peru by providing teddy bears to those who have been affected by natural disasters, famine and other tragedies. The women have been busy creating small, knitted teddy bears under the supervision of staff and the assistance of Sister Alicia Linehan of the Sisters of Mercy.

Some of the bears have made their way to Peru through the Sisters of Mercy who live and minister there. Participants in the program have received photos and words of thanks from the children who have benefitted from their creativity. The women in the program are pleased to have the opportunity to share the results of their handwork with children who have been affected by tragedy.
Since 1985, the Teddies for Tragedies project has led to hundreds of thousands of teddy bears being knitted around the world and given to charities and volunteers to distribute to children.  More information on the Teddies for Tragedies program can be found by visiting www.teddiesfortragedies.org.uk.
The Newfoundland & Labrador Correctional Center for Women (NLCCW) is located in Clarenville, a town 140 km west of St. John’s. The Center was opened in 1982 and is the only facility for female prisoners in the province of Newfoundland and Labrador.  All provincially sentenced females, remands, federal inmates who do not pose a security risk as well as federal inmates awaiting transfer to Nova Institution in Truro NS are admitted to Newfoundland & Labrador Correctional Centre for Women. 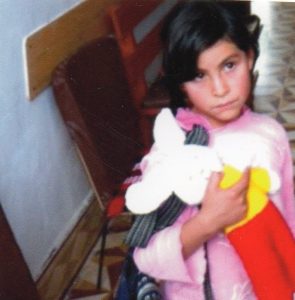 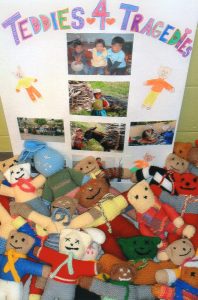