Skip to content
NEWS
If you cut across the diameter of an apple you will see a five- pointed star at its centre. Many of the blossoms that turn into the vegetables and fruits that we eat are also shaped like five pointed stars. To the Mercy Centre for Ecology & Justice, the five pointed star is a symbol that we are all connected in a reciprocal relationship with nature and the universe. The Mercy Centre for Ecology & Justice’s mission is to promote the interconnectedness and interrelatedness of all creation and to live in a spirituality flowing out of the sacredness of all creation.
From its beginnings in 2003, the Mercy Centre quickly identified a need to connect low-income families in the St. John’s area with fresh, healthy locally grown produce. Organizers also saw the opportunity to engage youth in growing food. The result has been a six year community gardening initiative that is still thriving today. Mercy Centre organizers see physical connection with the land as a practical expression of their mission.
“The first purpose was to engage youth in organic gardening so that they could learn the skills of gardening; skills that were traditionally known to their elders but were being lost”, reflects Sister Mary Tee, coordinator of the Mercy Centre for Ecology & Justice. “The second purpose then was to engage youth so that they could experience what it means to be a contributing member of the larger community and help feed those in need. The third purpose was to offer a healthy respect and appreciation for the land so that youth could see themselves as part of all creation and all creation as part of them; and then with such awareness of the mysteries and miracle of life in a tiny seed, a greater wisdom and consciousness could be found.”
Over the years thousands of pounds of fresh food have been donated to food banks and meal programs by the Mercy Centre’s gardeners. This was made possible by the generous support of several farmers in the area who shared their acreage and contributed their expertise.  From 2003 – 2009, prior to the Mercy Centre establishing its current home on Mount Scio Road, garden land was donated by farmers Colin Lester, Hector Williams, Robert Walsh, and the Searl Family.
Starting in 2006 the Mercy Centre began partnering with the Association for New Canadians (ANC) to provide access to land to participants in the Association’s language training program, many of whom were new residents to Canada who brought with them a wealth of knowledge on food production. That relationship continues today and ANC participants often visit to tend their plants, harvest fresh food for their families, and participate in events like presentations and workshops on food security and food skills given by the Food Security Network(FSN). In 2012 a new initiative was started called Growing Health, a partnership with Nature NL to connect consumers of mental health services with gardening at the Mercy Centre, based on the belief that working in and with nature does wonders for the mind, body, and soul. Through the project dozens of new visitors have experienced what the Mercy Centre has to offer.  A new greenhouse and composting toilet were added in 2012.

The Mercy Centre for Ecology & Justice offers other impactful programs beyond the garden, including public education on the New Universe Story, a three-week nature-based summer camp for children, an annual fair trade Ten Thousand Villages Sale, and a youth choir that addresses social justice issues called Music and Song to Right the Wrongs.

To support all of that amazing activity, the Mercy Centre for Ecology and Justice formed its first Board of Directors in 2012. 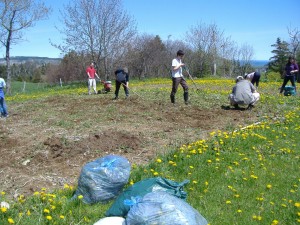 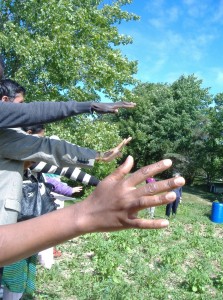 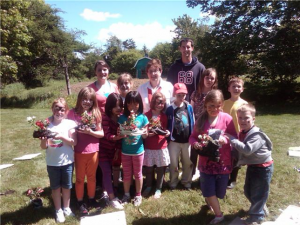