The waning days of COP27 saw a first draft of a deal being worked on at the COP27 climate summit in Egypt. The draft keeps the target of limiting global warming to 1.5 degrees Celsius.  However, many of the most contentious issues are still unresolved, and the summit is due to end on Friday. 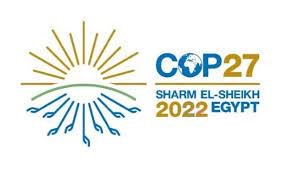 For the first time in COP history, there were discussions on launching a Loss and Damage fund for countries most affected by the impacts of climatechange. However, some of these countries have pointed out that although thedraft deal mentions loss and damage, it does not include any details for launching a fund. Another unresolved issue relates to a specific plan to ratchet up targets for cutting climate-warming emissions.

COP27 officially ends on Friday, November 18, but consultation and the final draft of what has been agreed upon by the delegates will be released.